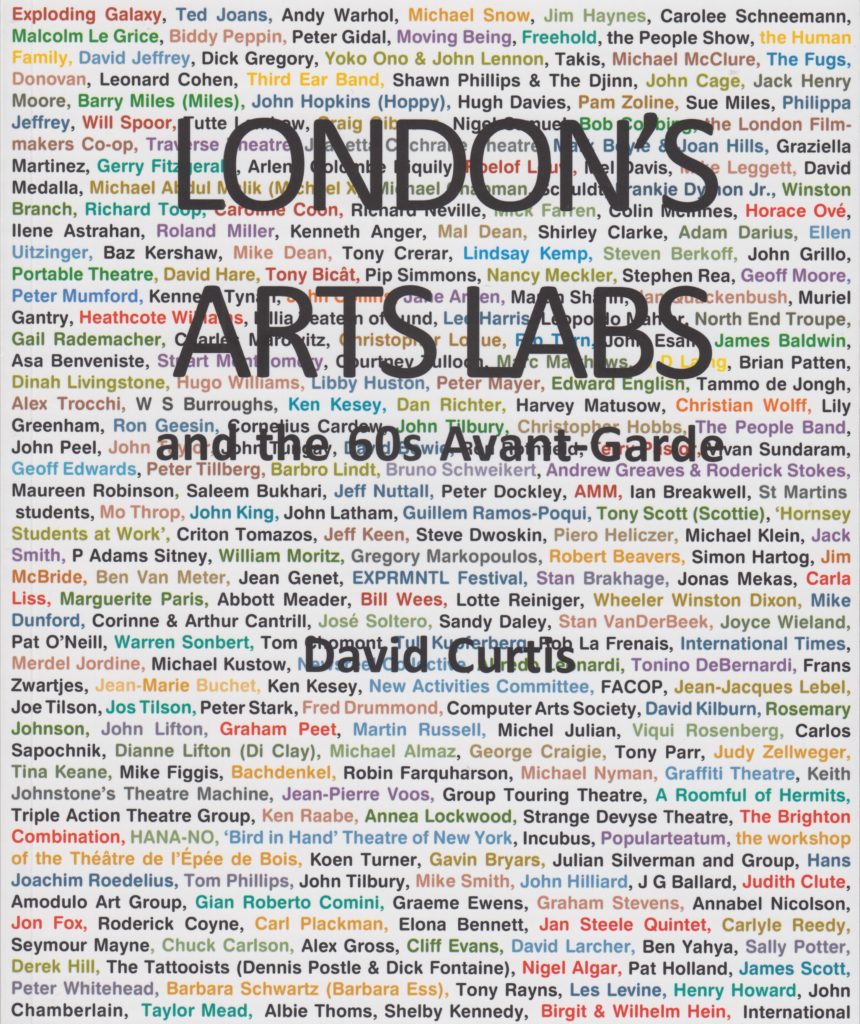 David Curtis’s new book describes the survival-struggles and occasional triumphs of two pioneering artist-led organisations – the Drury Lane Arts Lab (1967-69) and the Robert Street New Arts Lab (IRAT 1969-71). These multi-art-form organisations were home to the London Filmmakers’ Co-op’s first film workshop and to TVX, the UK’s first video workshop – a forerunner to London Video Arts, which eventually merged with the London Filmmakers’ Co-op to form LUX in 1999. Both of the arts labs were based in the borough of Camden and LUX returned to the borough of its origin in 2016 where is it now based in Waterlow Park, Highgate. This online exhibition complements David’s book, adding some historic films and images to illustrate the extraordinary history which birthed our organisation.

David Curtis writes ‘My book’s primary purpose was to reveal just how rich was the programme of performances, screenings, exhibitions and readings (and less medium-specific kinds of events) that took place at the two London Arts Labs, so filling a long-standing gap in the public record.  And we designed the ‘wallpaper of names’ that forms the book’s cover to suggest just how various and wide-ranging were the people and organisations involved. This online exhibition offers some images and observations that didn’t make it into the book and suggests sources of further reading for anyone keen to explore this history’.